5 things I learnt from completely changing the course of my career in 2020. 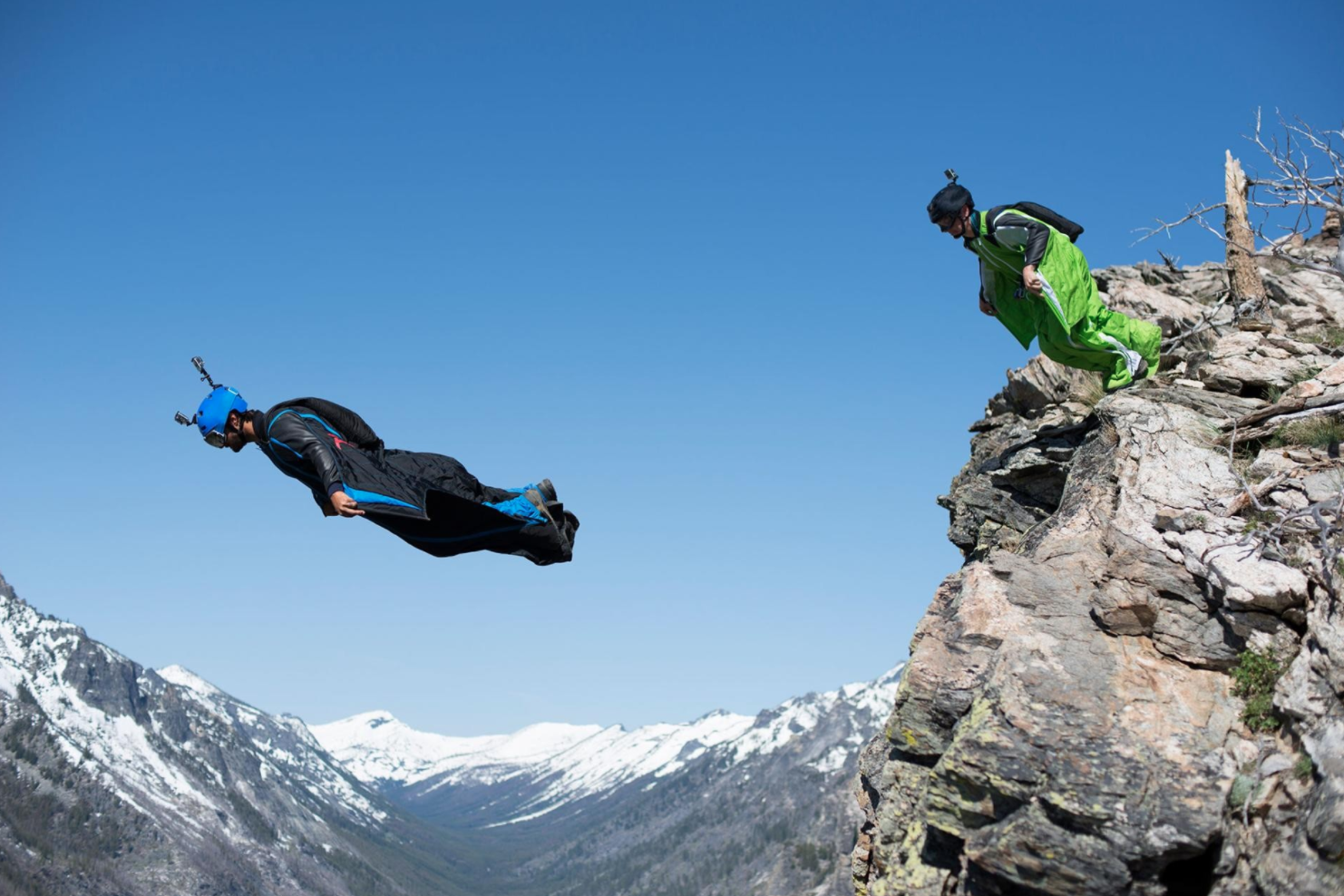 5 things I learned from completely changing the course of my career in 2020.

"I never lose. I either win or learn" Nelson Mandela.

A week after I had quit my job as an ESL teacher in one of the most prestigious English Schools in Sydney-AUS, earlier this year, I heard the word "corona" for the first time, but it wasn't being referred to a beer brand.

I can clearly remember staring at my computer screen and seeing the despair of a journalist covering the coronavirus outbreak in Italy, showing bodies being carried by trucks, in the city of Bergamo due to the lack of space in the crematorium. In a matter of days, the whole world went from a good decade of relative peace, flying in cruise control to absolute chaos.

And I had just quit my job.

At the time, besides working for this English school, I had also been running my own small business, as a side hustle, for about 2 years - a private English teaching service - not a big deal, but worked as a safety net when I decided to resign from my position as an ESL teacher at the school.

So the idea was to get more clients (private students) and carry on as a full-time entrepreneur.

The thing is - this coronavirus doesn't care about safety nets, nor to my idealistic view of the world, so soon after I became jobless, I realized things didn't go the way I expected and I watched the numbers going down month after month, like water dripping from a broken tap.

The shift to online classes should've helped, but in fact, it made little difference.

Most of my private students work in hospitality and this was one of the first industries impacted by the pandemic. So the fall in numbers was inevitable.

I stuck with the plan.

I was going to punch COVID-19 in the face, survive this economic crisis the world is going through and would come out on the other side victorious.

I relied on the fact that, after a few months, things would go back to normal and the numbers would go up again.

Well, I was wrong.

One day, talking to a really good friend of mine, she told me -"Savio, did you know the school I work for went from 900 down to only 160 students?".

Now you have a better picture of the battle I was trying to fight.

If big corporations weren't able to fight this crisis back, what does Savio think he can do about it? It got to a point where I wasn't even able to make ends meet and started to use my savings to pay my living expenses.

My bank account went into free-fall mode. And I'm not gonna lie - That was getting to me. My nights weren't the same. Sleep deprivation became the norm.

Months went on and nothing changed.

My survival instincts kicked in and I started looking for alternatives so that I could see my bank account stop free falling and have my peace of mind back.

Yes, I know. I went into survival mode. Which isn't necessarily smart, but there was nothing I could do about it. Sydney is an expensive city and there was too much psychological pressure.

I kept telling myself - "Come on Savio. You're a smart man. Get your act together, focus on finding a solution, and pull yourself out of this situation."

The thing about career changes is that it pulls the rug from under our feet. If you're like me and haven't planned everything carefully, it's just too unexpected. Too crazy and maybe dangerous.

It felt like being in a car at 100km per hour, hitting the breaks, going down to 60km per hour and veering off like crazy.

I'm sure you've seen it. Especially if you're a fan of action movies.

So, yeah. My life looks like a movie sometimes. Too much action involved.

Let's be honest. Life is never perfect and even if I wanted to make it look like this, it's impossible to deny - when we change careers, usually it is because something isn't right.

I remember back in the day, when I was a travel agency owner, life was ok, money was coming in, friends were always there for me and opportunities were everywhere. But I was deeply unhappy. So, the crazy man here decided to leave everything behind, jump on a plane, cross the entire planet and become a construction worker in Australia. Great idea, huh?

I know, I know. The more our friends and parents warn us, the more we want to drop everything and go explore new possibilities. Sometimes we just don't think like anybody else but if you've come this far into this article chances are we have similar mindsets.

In 2018 I had written a book and writing has always been a part of my life. I've also studied marketing at university and have always enjoyed learning about psychology, so as Steve Jobs would say - "You can only connect the dots backwards".

I followed his advice. And it helped me figure out what to do.

Copywriting started appearing on my horizon as an option.

And it didn't take me long to jump off the cliff and start building my wings on the way down.

Shared my thoughts with a couple of friends and the word spread out quickly.

Call it the law of attraction. I'd rather call it taking action.

Since then, libraries have been my go-to place for work. Despite having to share the space with high school teenagers and old ladies looking for something to fill up their almost infinite free time, I've been enjoying it so far.

As I'm writing this article, there are a few jobs waiting in line. That's right - I am actually working as a copywriter for my 2 first clients.

And although the money isn't much, the feeling is indescribable.

Once I read a passage that went like this - "We don't go after our dreams because it's difficult, but rather because we fear uncertainty".

I have certainly overlooked this fear of uncertainty a few times in my life. In fact, I feel attracted by uncertainty. It gives me a feeling I am capable of taking the reins of my life and directing it to the way I want it to go, as opposed to being pushed around by the system or a big corporation.

This time is a little different, though.

After all, I'm not one of those teenagers whom I see in the library, nor am I in my mid 20's full of doubts, options, and friends telling me what to do.

I'm someone who's got a fair amount of work done under my belt. At least 20 years. A bit more if you count with a customer service job I got at my father's school canteen when I was 16.

Of course, there are responsibilities. Of course, other people are dependant on us. There's no doubt in mind some of us shouldn't change careers if that would mean going broke and start living under a bridge.

But since we never know. I'd like to think we should explore our possibilities.

And listen, life is short.

So, there are 5 things I learned along the way and found useful to share with you today.

When we announce to the world we've decided to explore something new, doors start opening right in front of us. The 2 first clients I mentioned in this article were referred by good friends of mine.

If we don't stop listening to every single comment our friends make, we're going to lose our minds sooner than we think. With that being said, our friends can be a great source of information about new opportunities, since they know who we are and can talk about our reputation to others. So the point here is - try to talk to people who can help you, but be really careful in letting them come up with too many opinions about your life.

The more you try to satisfy someone else's vision of who you are, the sadder you are bound to be. Stop listening to the world and start listening to yourself.

Or at least, if you want to listen to someone right now, listen to Steve Jobs:

"Don't let the noise of others' opinions drown out your own inner voice. And most important, have the courage to follow your heart and intuition. They somehow already know what you truly want to become. Everything else is secondary.” Steve Jobs

3. Our current skills and abilities are real assets. You know why? Because they are often transferrable. You can use them in many different fields, so no reason to freak out just because you lost your job or decided to shift careers.

4. Be willing to make mistakes. You're going to learn from them and become a better version of yourself sooner than you think. Dare to make mistakes and make them as quickly as possible.

The more you try to avoid making mistakes, the more amateur you are going to remain. The difference between a pro and an amateur is that the former made more mistakes.

5. Sense of community can be found anywhere in the world. You just have to be authentic, show your value, talk to strangers and the right people will gravitate to you.

Look at how many friends you still haven't met, how many places you're still to visit, and how many experiences are out there waiting for you to show up.

"If you're insecure, guess what? The rest of the world is too. Don't underestimate yourself and overestimate the world. You're better than you think." Tim Ferriss

As I write this article I remember how many people I've met and become friends with over the past few weeks. The courage to change is contagious. Somehow, people value that. They admire that. And if they have anything to offer or share, they would go out of their way to be a part of this change.

You could be one more person to create change in this world and inspire others. So if you're keen to try out a new experiment in career change, please don't hesitate to share your thoughts with us.

I'd love to learn about your new endeavor.